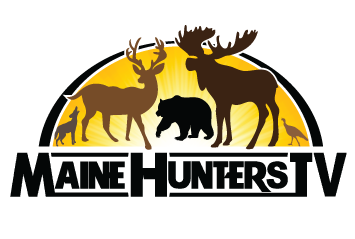 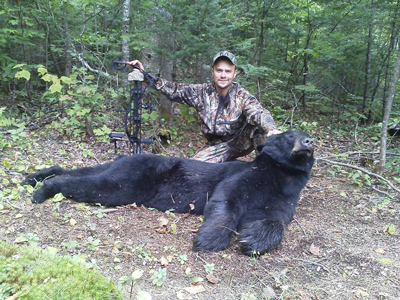 25 years old, born and raised in Saco, Maine.  My Father has hunted his whole life and is the sole reason I got introduced to the outdoors and hunting. He has been my mentor and role model in the outdoors and he’s taught me everything I needed to know to become the successful outdoorsman I am today.

I tagged along with him many years in the woods of Maine, and when I turned ten I finally got to start hunting. Hunting hasn't become just my hobby, it’s become part of my everyday life, I eat, sleep and breathe hunting. Over the years I have worked hard and hunted hard, and by doing that I have been very successful or lucky you could say.

I shot a Maine black bear that weighed over 450 lbs., and made Maine Antler Skull Trophy Club. I've shot another bear with bow and arrow, weighing 350 lbs., which made Pope and Young and MASTC record books. I've taken a Maine moose that tipped the scales over 1,000 lbs. and taken several Maine bucks that were over the 130’’class. I've taken every big game animal in Maine, and most all of its small game.

I love hunting so whatever is in season I’m usually chasing it. Whether its birds, squirrels or chasing a trophy bull moose, all game has its different challenges, highs and lows. The hunts are all unique in their own way and that’s what I love about them.

When I was 23 I got my Maine Guides license. Now I can share this passion and success with others. I’ve done a good amount of self-filming in the past and have laid down a few hunts on film, so I feel being part of the MH pro staff couldn't be a better match! I’m happy to part of such a great team, and I hope to bring you some action packed Maine hunting, stay tuned!

And last but not least, a big thanks to Steve Beckwith, without him we wouldn't have MH and I wouldn't have this great opportunity to share my hunts with all of you. Thanks!